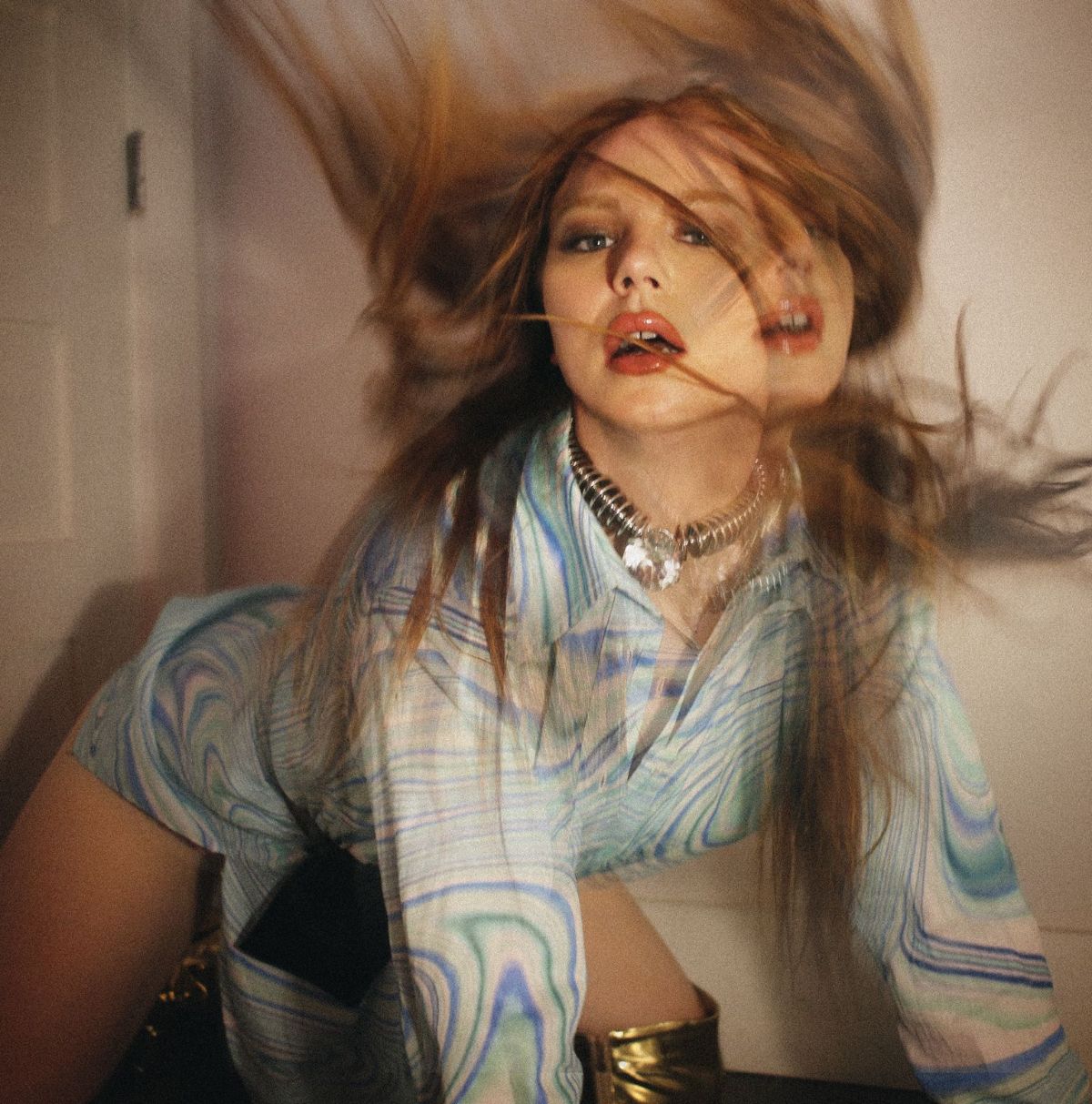 Macy Rodman follows the organic path, an intuition guiding her artistic pursuits–which, to a true artist like Macy, are parallel with pursuits of life. When she arrived in New York in 2008, she quickly ditched fashion school (the rationale for her move) as its creative restrictions and market focus didn’t sit right. She fell into making music through a garage-band ethos for the compacted cyber era; so, instead of learning electric guitar leads in suburban cul-de-sacs, friends in Brooklyn apartments and warehouse practice spaces taught her digital audio workspaces and synthesis, a DIY aesthetic that never took itself too seriously. Experiencing a new community of noise makers in this way continues to inform her work, by reminding her to retain the sense of humor and self-deprecation that accompanies such a learning experience. Do not be confused, though: Macy’s work is fun, mind-bending, thoughtful, both serious and non-serious all at once.

Underlying trans rage of repressed youth, searching for a space of belonging, reaching through media for escape, becomes a theme of the Brooklyn resident’s work, though her media landscape these days is populated by pop stars and rom coms. Couple this with the absurdism of fantasy, a purposeful schizophrenia of a slew of characters that inhabit her songs, and you get closer to her new album, Unbelievable Animals, released TK on Accidental Popstar Records, the imprint founded by Shamir. Macy creates worlds that are not surreal, but hyperreal, where everything is false so everything is true, where the relativity of truth becomes defined by the ecstatic moment of performance and experience. Macy forges avenues of escape, works that viscerally grab you, but you can’t believe it’s happening, much like the films of David Cronenberg, her favorite filmmaker (“long live the new flesh” is tattooed on the inside of her left arm.

The massive, sugary, propulsive sound of the record–confession and heartbreak set to club-ready beats with ‘90s radio rock inflections–is decidedly not the sound of quarantine or isolation. It is the opposite, the sound of reemergence, of rebirth, the return to the dance floor. Liz Phair, Faith Hill, Cher, Madonna, and more heroes of that era spiritually inhabit its tracks, where Slick pop production and the sneering punk attitudes of Marianne Faithful and PJ Harvey mingle at the ‘90s New York nightclub. Do not confuse this punk affect with an angst of the teenaged variety–Macy simply deeply doesn’t care (an apathy of empowerment reflected by another tattoo near her wrist, “IDK&IDC”.) The influences are so vast and numerous–Spandau Ballet, Wheatus, Nelly Furtado, Hunx and his Punx, MGMT, Janet Jackson, and so on–it will ultimately fall to the listener to tease out the nuances of the songwriting. But that’s the joy of Macy’s work, the constant turmoil of self discovery that accompanies such a disconnected world, where anyone could see themselves reflected–if only they turn away from the world’s endless hall-of-mirrors long enough to take a look.