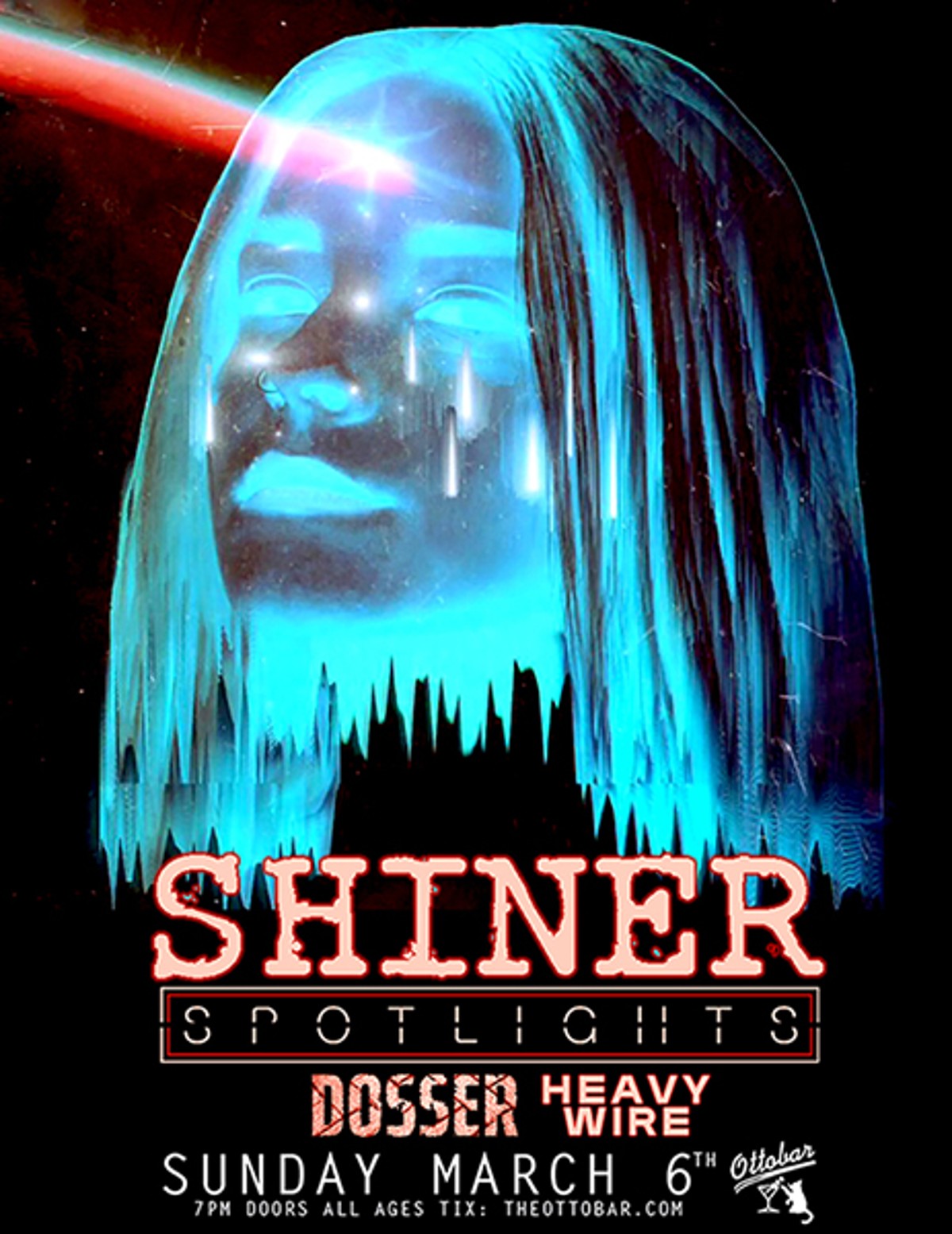 Shiner formed in 1992 and soon found themselves signed to DeSoto Records, (owned by Jawbox’s Kim Coletta and Bill Barbot). The band began a creative high and a busy touring schedule that endured for years, with their final album in 2001 The Egg a critical success.  Pitchfork said, “Shiner’s six-string bloodletting beats the crap out of anything you’ll hear on commercial FM these days” and All Music noted, “The songs themselves bask in an epic splendor, replete with the kind of arrangements that reward repeat listenings”  Along the way countless tours of the US, Europe and Japan, and 4 full-length albums gave them a fiercely loyal set of diehards. Comparisons with their contemporaries of HUM, Jawbox, Failure, and Swervedriver were unavoidable, but Shiner carved a path of their own with a dedication to song-craft and musicianship wrapped in darkly sugared hooks.

Shiner broke up in 2002 but 10-years later re-released The Egg on vinyl and played sold-out shows in New York, LA, KC and Chicago.  Those were some of their biggest shows ever and many in the audience were new to the Shiner fanclub.  In 2018 the 4 of them – drummer Jason Gerken, bass player Paul Malinowski and guitarists Allen Epley and Josh Newton decided they were not quite finished, there was another life for Shiner they could not ignore.

After a few recording sessions that took place over a year and a half, the band have emerged with 8 solid songs that make up Schadenfreude.  The LP was self-produced, engineered, and mixed at Malinowski’ own Massive Sound studio in Shawnee, KS.  “We’ve always been extremely hands-on, even when working with someone else technically ‘producing,’” says Newton, “with The Egg we ended up remixing and adding things to almost half the record on our own. At this stage in our existence, we know what we should sound like.”

Despite the hiatus, Shiner have not missed a beat   Gerken is still a drummer’s drummer and his heavy right foot is tied to Malinowski’s distorted-symphony bass.  Epley and Newton hew left and right in the mix and worked in lockstep counterpoint throughout the proceedings and leave room for the vocals to enter the mix without overtaking, and instead working as a whole within the strings and skins.

The songs on Schadenfreude are not so much an answer to The Egg as some properly timed follow up might, but instead stand on their own. It’s the sound of a 4 piece band with each player finding his place in a book as though he just left the room an hour earlier and picked up on the next paragraph upon return.  Epley says, “a lot of themes on the album are pretty dark but always with a silver lining around the edges. The title itself is a commentary on the most common human trait of enjoying your rivals’ demise. Or your apparent enemies.”

MASKS AND PROOF OF VACCINATION REQUIRED

In the interest of our valued patrons, artists and staff, we currently require proof of at least one Covid vaccination shot (an original card or photo on phone will suffice) OR a negative Covid test result within 72 hours of entry (time stamped photo/email preferred)  Masks also will need to be worn inside when not having a drink. We realize the inconvenience, but must respect the well-being of all those around us trying to have a safe and fun time. If there are concerns/questions you can also contact Ottobar at [email protected]